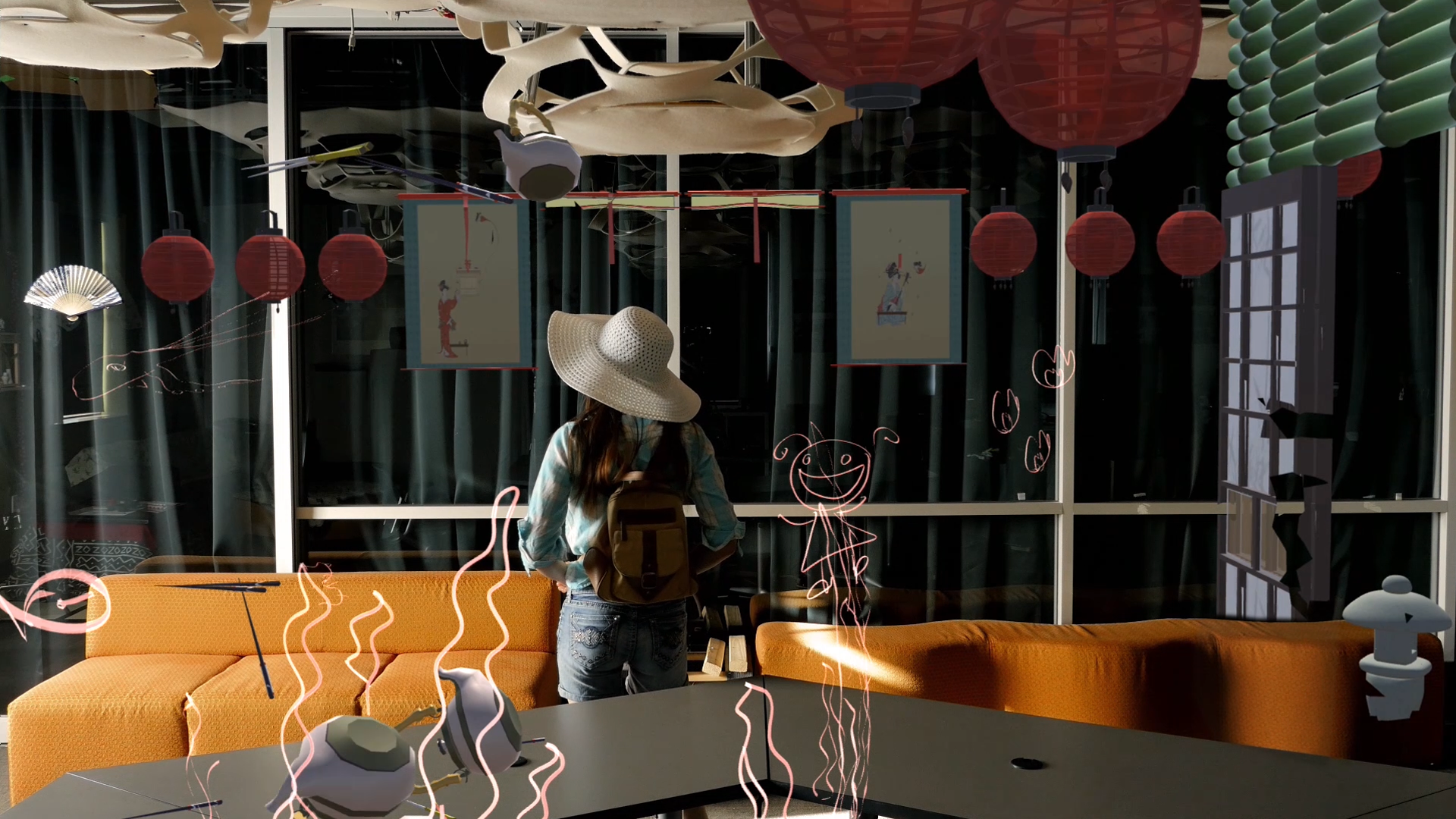 Yokai! is a mixed reality interactive installation that uses physical puzzles to advance a virtual narrative. The player is a weary traveler in Tokyo greeted by an unexpected Yokai named Zashiki dwelling in their AirBnB. Zashiki is causing chaos and the only path to peace is to make her happy. We imagined the Hololens as a device which reveals another world / dimension that could co-exist alongside our own.

Yokai! comes from the popular Japanese legend that humans share a world with spirits. Zashiki Warashi is a fortune spirit who takes the form of a child and can only be satisfied with offers from the player.


I took the challenge of reimagining the relationship between a human and Zashiki in a more modern context while designing for a mixed reality environment. How do we utilize the physical environment to build a relationship with a digital character? When do these two worlds overlap?


There were several factors to consider when designing for this experience.


The initial design process involved a lot of research on Zashiki's personality and Japanese culture. Since our concept is based on the belief that Zashiki already exists in our world, I wanted the experience to feel very tactile and natural. Early on I made the decision to disgard common tactics in games such as using arrows or glowing symbols to communicate next actions to a player. Instead Zashiki flies across the room playing with various objects, like the tatami mat and scrolls on the wall, that hint at what she wants the player to offer her. Sometimes she would leave drawings around the room to indicate her presence. This behavior aligned with her personality as a mischievous spirit.

One design challenge we faced was the limited size of the Hololens display. The sharp edge of the screen became extremely distracting. I tested varying sizes of Zashiki to find the best range for all Yokai characters. Additionally, we blurred the edge of the screen to have a "searchlight" appearance that both added to the "escape the room" structure of the experience and created a comfortable gradient as objects came in and out of the screen.


Physical production design was a big challenge. Our experience was setup in a research lab which we need to turn into a Japanese Airbnb. We brought in a kotatsu (traditional japanese table), tatami mats, kamidana alter, wall decorations, and DIY Airbnb guestbook to augment the space. Zashiki is known for destroying furniture and kitchenware, so I designed and modeled several versions of teapotsets and japanese furniture that she would throw around the room. These digital models collected and interacted with the physical furniture to connect the physical and digital (spirital) worlds. For future iterations, I hope to extend the project to become scalable and experienced anywhere.


Designing room-scale AR experiences on a headset is hard, even with multiple playtests. People get lost, they miss things, and so many moving parts rely on the hardware working perfectly.

Examples of characters I designed, modeled, rigged, and animated 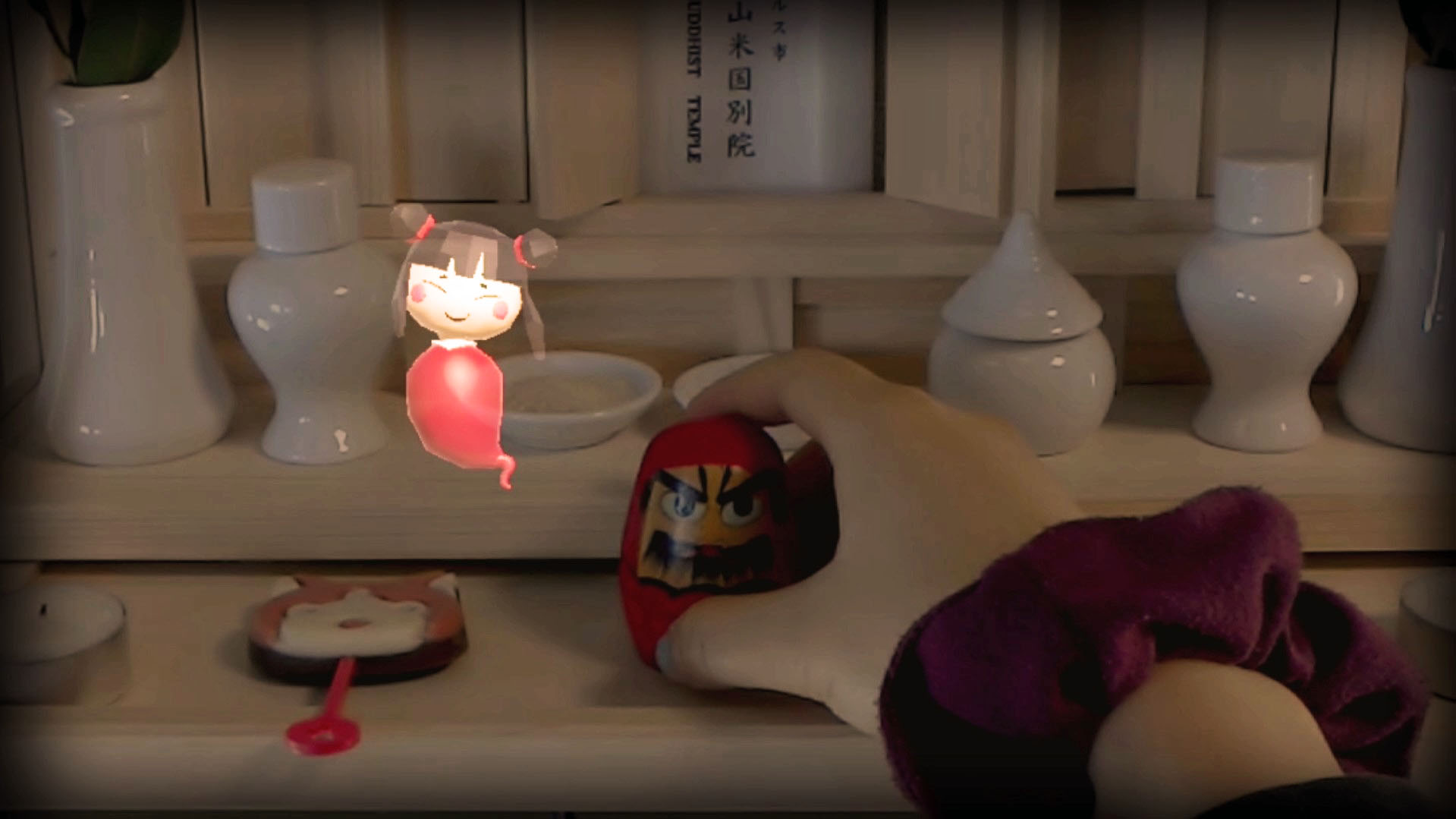 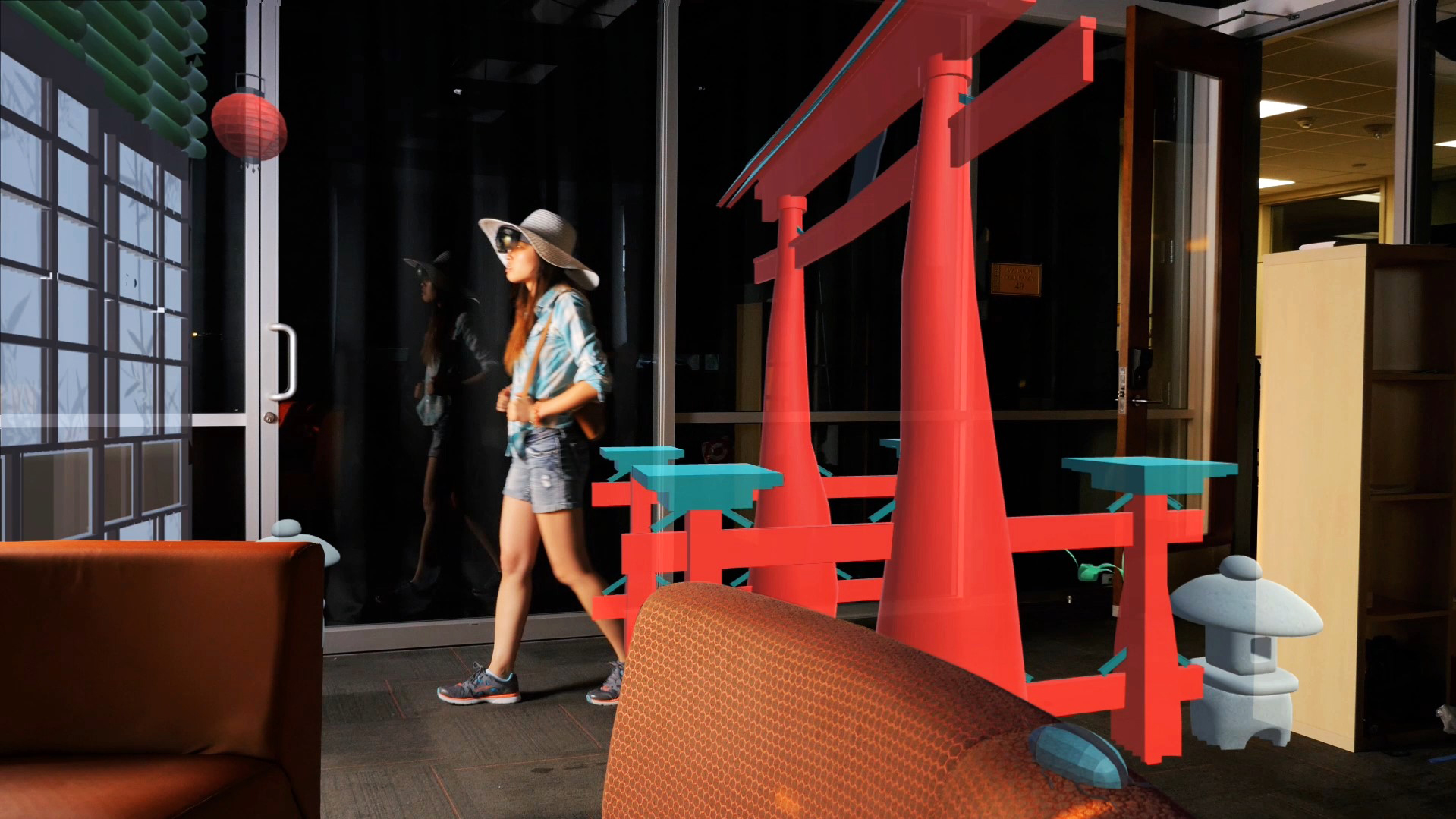 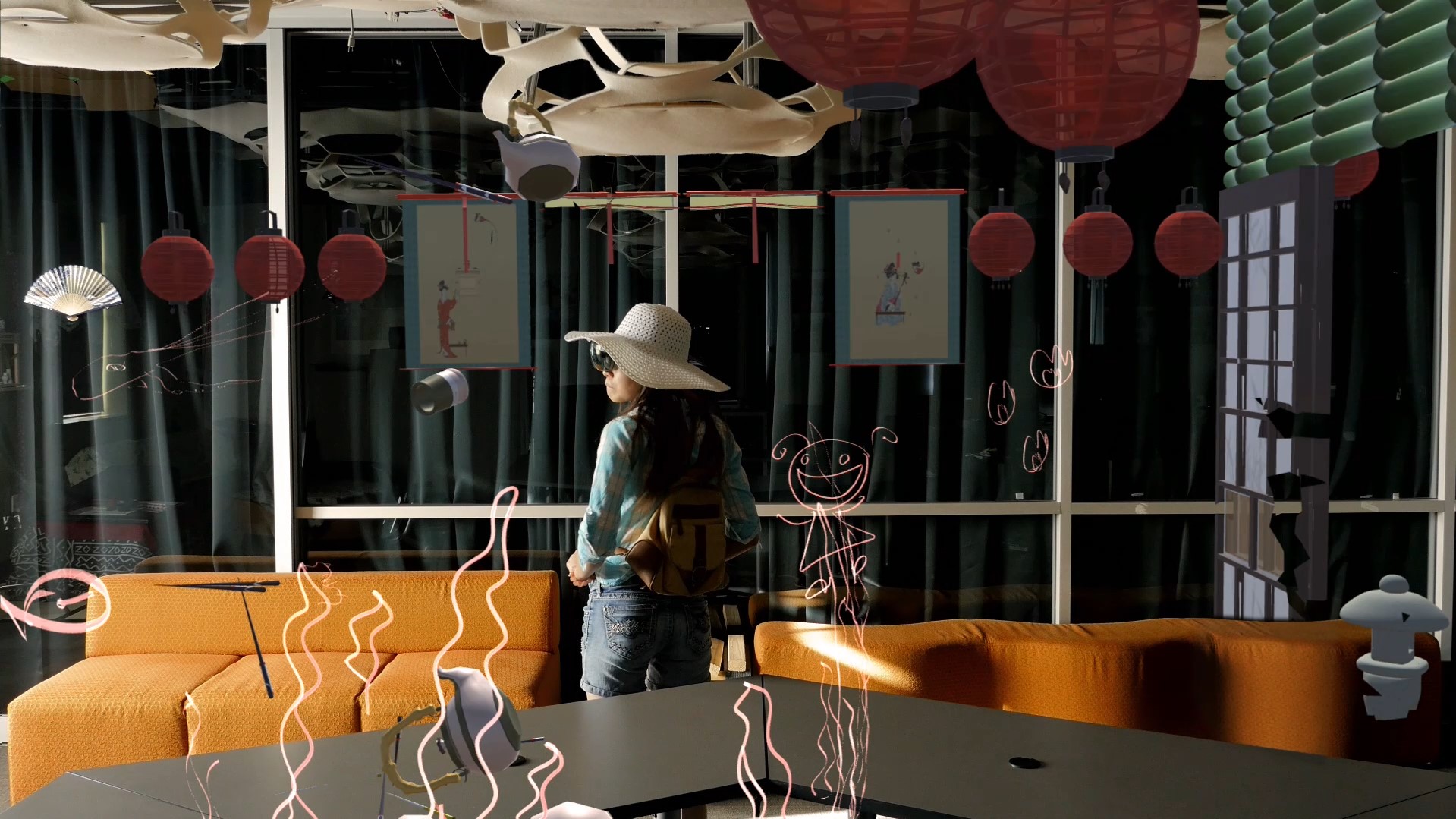 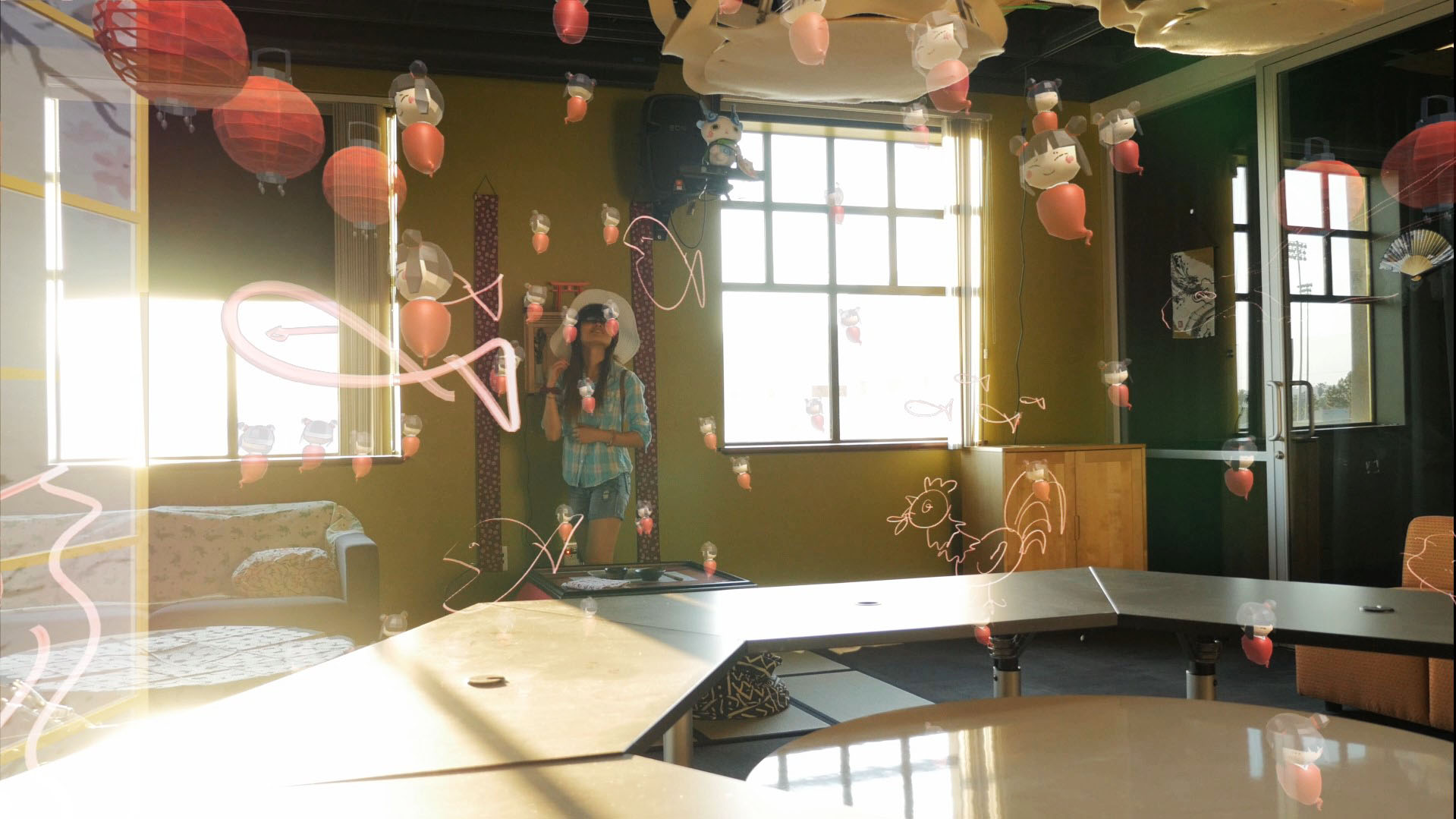 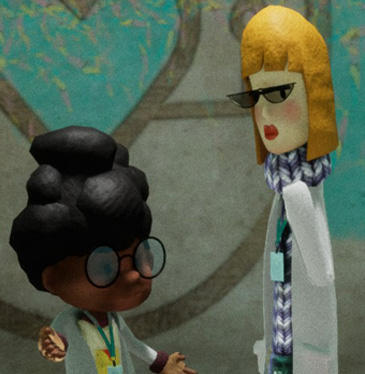 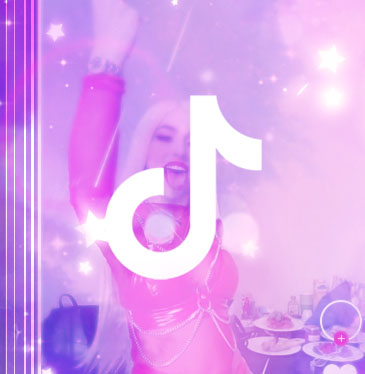 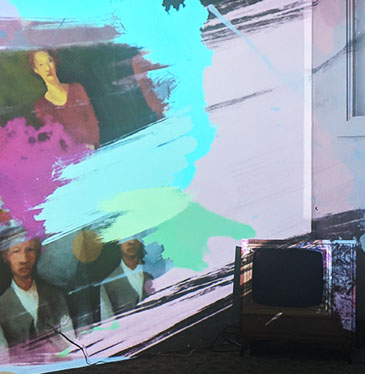 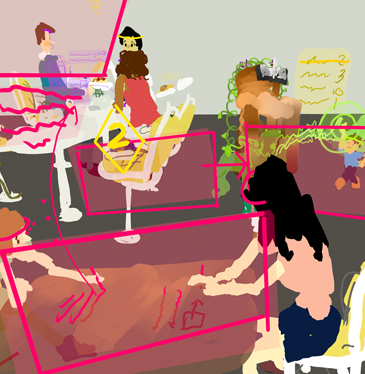